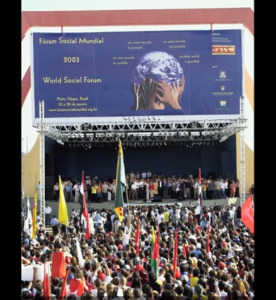 Catalonia has been historically a fertile land of the co-operative movement and now is one of world’s leading regions in terms of solidarity economy which is in close touch with different social movements. This documentary highlights a number of such initiatives in Barcelona, such as healthcare, housing, incubator, bar, finance and culture, as well as XES (Catalan Solidarity Economy Network) which links such experiences.