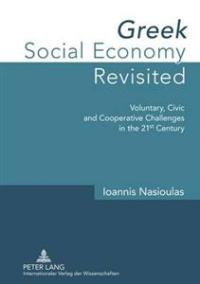 The study investigates the Greek Social Economy, including foundations, associations, mutuals, cooperatives and related entities under a single, coherent prism. The author delves into the theoretical origins of Social Economy and its practical complementarity to the non-profit, civil society and cooperative sector. Major developments are highlighted: the introduction of the first law on Social Economy and cooperative reform in light of the ongoing sovereign debt crisis. He recognizes enterprises and non-profits of the Social Economy institutionally as well as in the sociological perspective, and provides outlooks of best practices and indicative quantitative data. In addition, the author proposes expanding the horizons of recognition into national-accounting methodologies and grounding dominant theorizations to local conditions, including the role of the Orthodox Church in the voluntary sector.