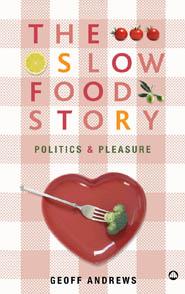 The Slow Food movement was set up in Italy as a response to the dominance of fast food chains, supermarkets and large-scale agribusiness. It seeks to defend what it calls ‘the universal right to pleasure’ and promotes an alternative approach to food production and consumption based on the promotion of ‘good, clean and fair’ local products.

This is the first in-depth study of the fascinating politics of Slow Food, which in twenty years has grown into an international organisation with more than 80,000 members in over 100 countries. With its roots in the 1960s and 1970s counter-culture, Slow Food’s distinctive politics lie in the unity between gastronomic pleasure and environmental responsibility. The movement crosses the left-right divide to embrace both the conservative desire to preserve traditional rural communities and an alternative ‘virtuous’ idea of globalisation.