Documentary: Power to the People 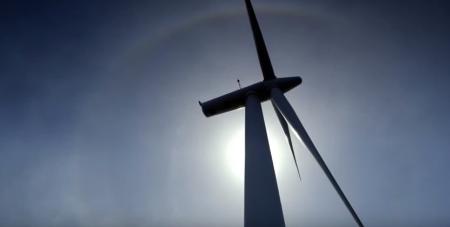 There is a big revolution going on in ‘the small’. We were readers and became bloggers, we now transform from consumer to producer. From energy to insurance, everything is small-scale and locally produced. In Backlight attention for the revolutionary answer to the world of multinationals.

After the industrial and the digital revolution we are at the beginning of a new one: the energy revolution. More and more people put solar panels on the roof of their house or buy a windmill together to become less dependent on major energy suppliers. We make our own power and our neighborhood is an energy company. The excessive energy is sold and the whole neighborhood profits, as is already happening on the Danish island of Samsø. But if we can decentralize the energy market, what else can we do? Why don’t we organize health care or insurances into our own hands? The revolutionary answer to the outrages multinational capitalism and the possible transition to a different, more social system.

In the documentary Power to the People, director Sabine Lubbe Bakker visits to the « energy positive » island Samsø (and is guided by founder Søren Hermansen) and other companies that deal with clean energy, like TexelEnergie and Grunneger Power. American economist Jeremy Rifkin, a longstanding advocate of sustainability, predicts that citizen capitalism will change our world within two years.

The motto: do it yourself, do it together.